Somehow it came to be November – before I even managed to settle into October – and because I was out of town for much of last month, I just want to putter around the house and bake.

Also – this is the week we usually pack up and head to Jasper for Christmas in November for 10 days – and having spent the past 14 years with that block of holiday fun on the calendar, we’re going into withdrawal. To that end, we’ve planned some fun things to do around here, including digging out some Christmas movies to watch on a weekend morning. I know it’s early, but we always pack a few favourites to bring up to the mountains to watch in our JPL beds, with the rest of the property decked out in its holiday finest. W grew up doing this – he’s been going since the year he was born.

And so we pulled out the Christmas box early and rummaged through for the Grinch and Rudolph the Red-Nosed Reindeer – the Saturday morning classics. And of course The Snowman, a little-known but fabulous movie based on a wordless kids’ picture book by English author Raymond Briggs. It was nominated for an Oscar, even – and the main song we played at our wedding 20+ years ago. (We got married on December 23rd.)

One of my favourite things about snowy (or rainy, or sunny) weekend mornings is having extra time to make breakfast – and so in keeping with the holiday theme, we made cinnamon buns – spiked with orange zest and studded with Patience Fruit Co. dried cranberries, who asked us to partner for this post – ironically, the email came in as Willem sat at the kitchen computer eating them straight from the bag. They’ve become his snack of choice, tart dried cranberries, and became a staple of our grocery store trips (we started buying two bags at a time, even), far before they asked us to come up with a recipe using them.

They’re soft and not too sweet – so many dried cranberries are one-dimensional, but I like the slight tartness and acidity, especially in cookies, granola, and sweet things like gooey cinnamon buns. 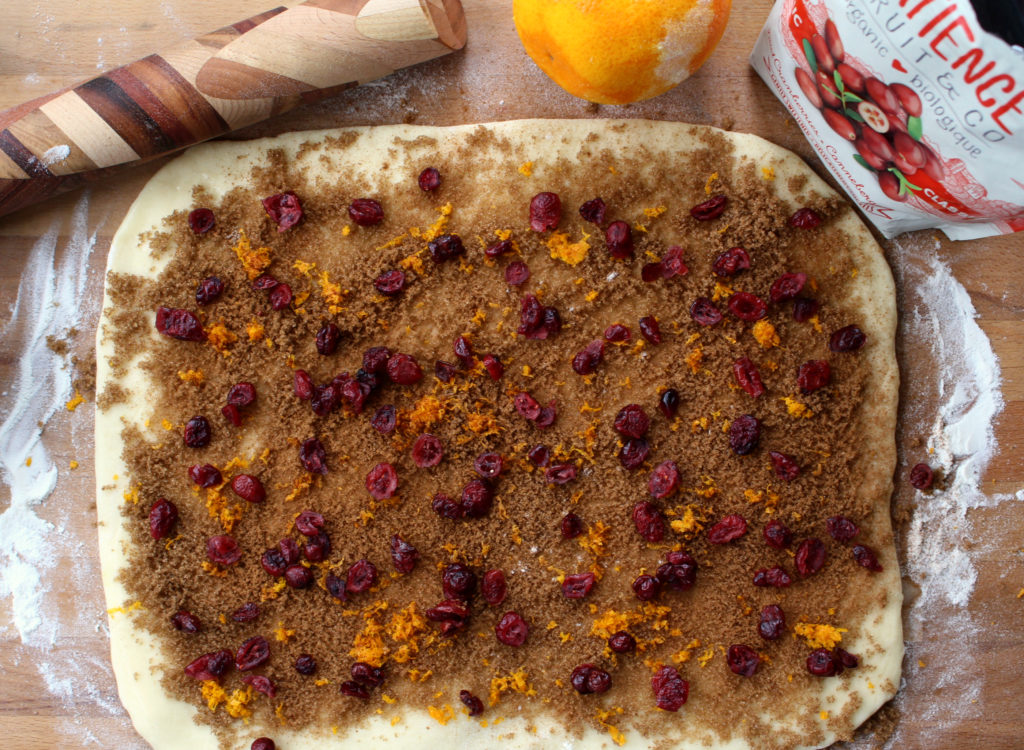 Cinnamon buns are a good sort of thing to make when kids are involved – the science of the rise, the punching down of the dough, the rolling and sprinkling and rolling again. Spreading it out over the course of the morning makes it an event – but if you plan to make these for a special brunch or Christmas morning, they can be assembled and refrigerated overnight, slowing the rise – take them out of the fridge and let them sit on the countertop while you preheat the oven and make coffee, then slide them in to bake. My favourite part is splattering the finished rolls with a quick glaze and admiring them before upending them onto a plate to pull apart among the pillows and blankets. 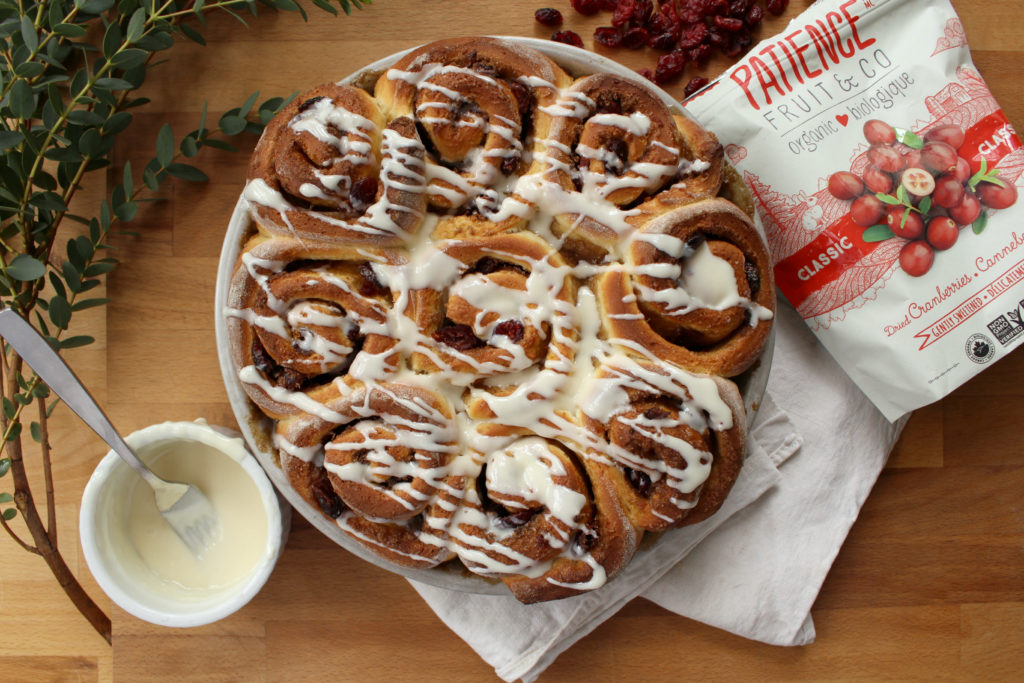 credit for movies found in pictures:

Thank you to our collaborator

Julie is the author of 8 best-selling cookbooks, as well as the food column on the Calgary Eyeopener on CBC Radio One for the past ten years. Additionally, she writes for newspapers and magazines across the country, is food editor of Parents Canada (based in Toronto) and the contributing food editor for Western Living (based in Vancouver). What she enjoys enjoy most is getting to hang out here and share what she cook in hey own kitchen in Calgary with her husband, Mike, and son, Willem.

Since the launch of our brand in 2015, the Oatbox team, a small Montreal business that offers authentic and healthy…